BELKIN Laser is developing a one-second glaucoma laser treatment designed to increase global accessibility to glaucoma care. BELKIN Laser’s solution is automated, painless, contact-free, and activated by a single press of a button. This revolutionary procedure can be performed by any ophthalmologist or eye care provider.

Over the course of a few years, while mostly designing investor decks for BELKIN Laser, an unofficial visual language was established. This language had many loose ends and became more of a burden rather than a tool for the design team. Our first step was updating, cleaning, and enhancing that visual language, creating a coherent system to be used across all branded elements.
The BELKIN Laser design system subsequently evolved into a full-scale brand book. Guidelines on how to incorporate icons, charts, graphs and tables, as well as support for languages like Chinese, Japanese and Hebrew, ensure that the BELKIN brand remains true to its values on every platform and in every language. 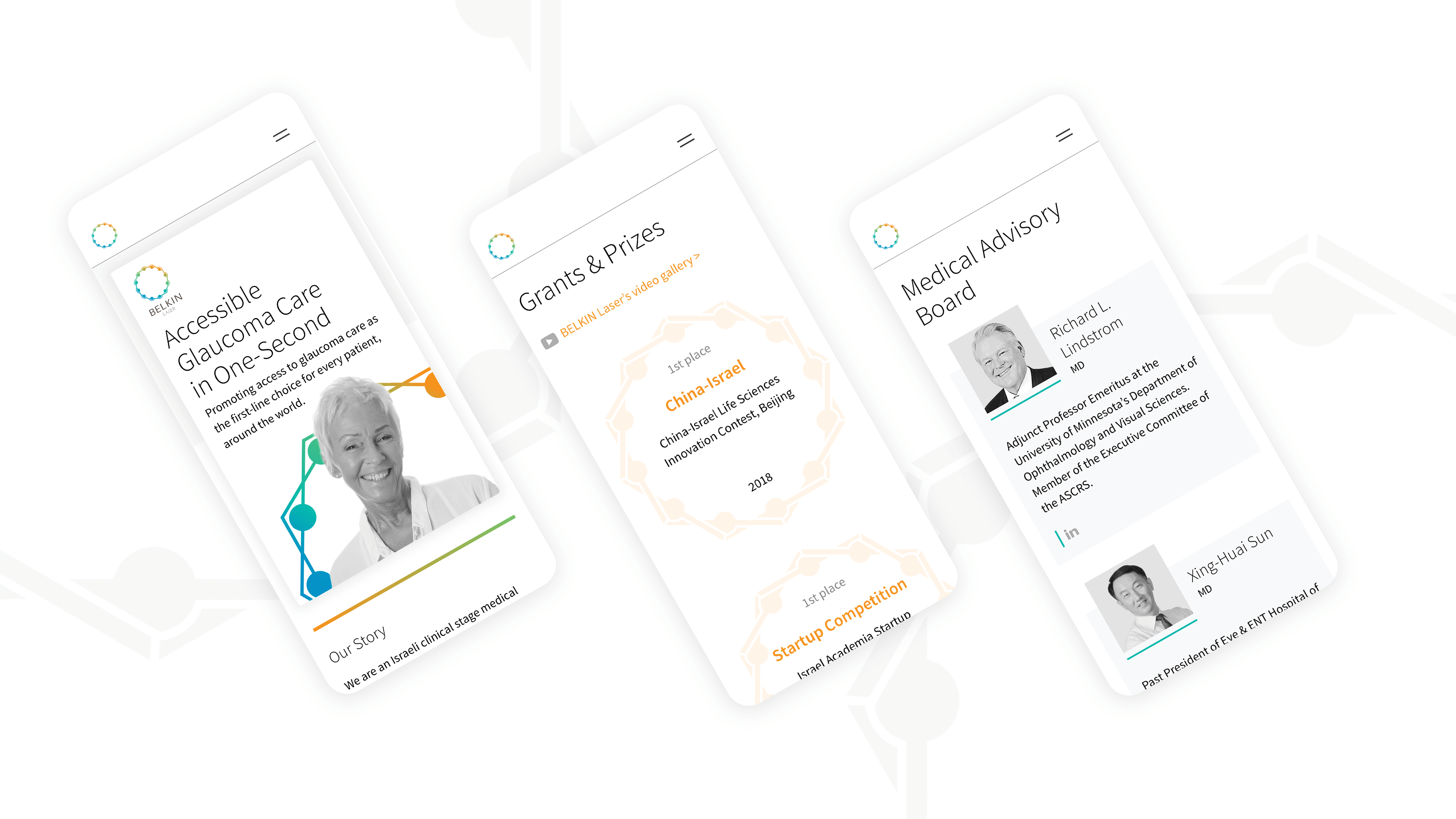 BELKIN Laser’s website was designed to tell the story of a revolutionary treatment to multiple audiences. These audiences differ in knowledge levels and interests (including Glaucoma patients, ophthalmologists, researchers, and potential investors), making it a challenging task to approach them all at once.
BELKIN Laser offers a treatment that is relevant to western markets as well as eastern with a special emphasis on creating an atmosphere that is inclusive, diverse and global.

The scientists, physicians, engineers and researchers who work with BELKIN Laser, have accumulated vast amounts of data. Daria, BELKIN’s CEO, wanted to share the knowledge and present the company’s thorough work.
Flooded with content of different kinds, we had to find design-based solutions that could include articles, charts, scientific data, tables, and graphs, without being repetitive or exhausting to our viewers. By incorporating interactive elements and subtle motion graphics, we were able to create a space for BELKIN’s data that is informative and aesthetically pleasing at once. 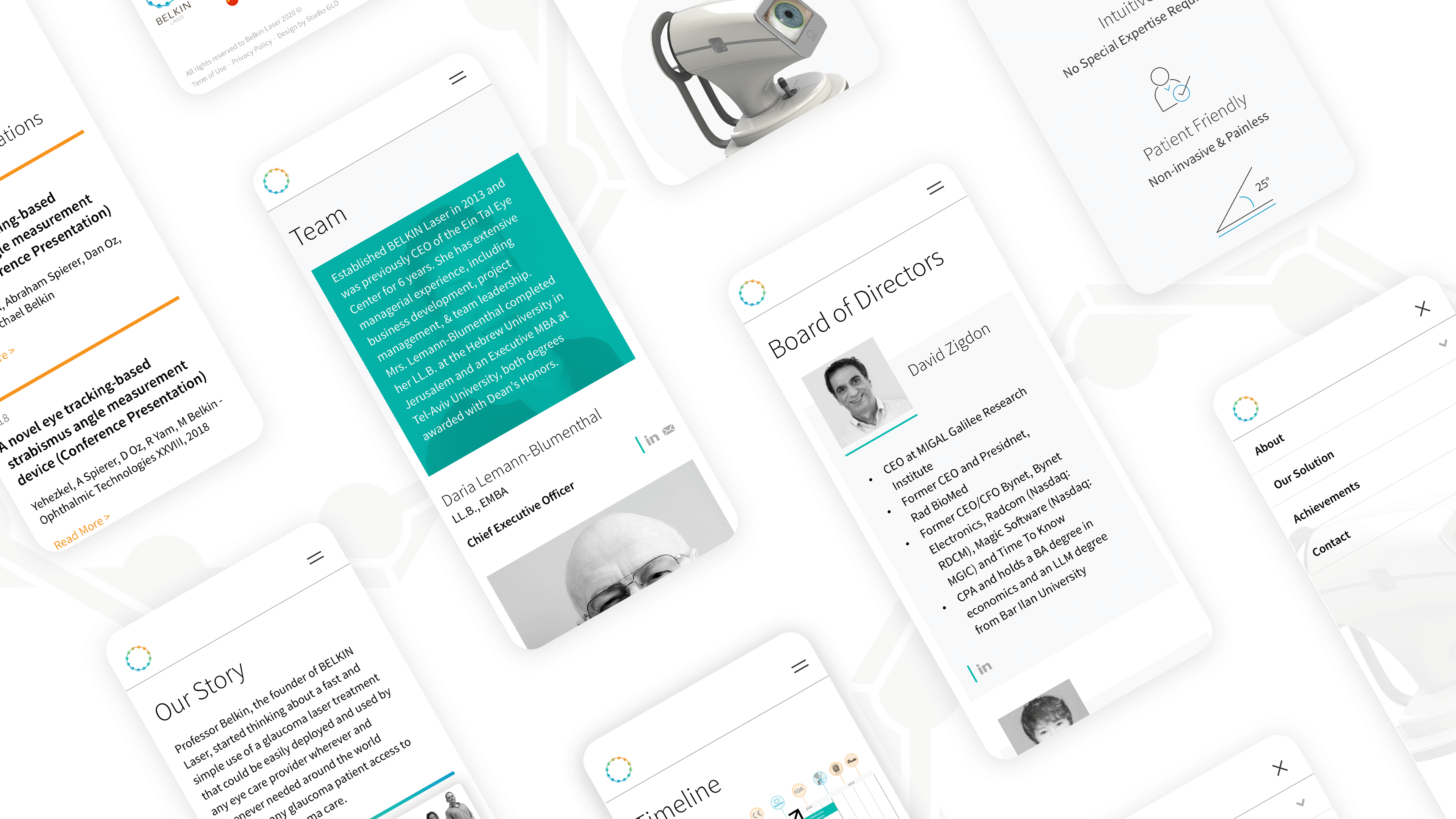 BELKIN Laser is able to communicate its message in a clearer and more consistent way, positioning itself as a leader in the Glaucoma field. The website serves as a starting point for new business opportunities and professional relationships around the world.