The Tel Aviv Art School, Arison Campus, is a very special place. Serving ages 6 to 14, kids get to experiment in a range of art forms and later master their favorite field.

When we were first approached, the main issue presented was that the school’s 5 departments were acting as stand-alone units in terms of visual outputs. While mapping the school’s different target audiences we quickly realized that much more can be done to open up the school to new people and to strengthen its connection to the local art and culture scene.

When the Tel Aviv Art School, Arison Campus, first opened in 1984, the renowned illustrator Danny Kerman designed a logo mark for it. The illustration was of an imaginary bird, incorporating motifs representing the school’s different art departments: dance, drama, fine arts, and music. The new logo mark was hand drawn by Kerman, it was unique and weird in a graceful way.
Over the years, the logo went through different iterations but the bird stuck. When it was digitized, it lost its scribbly charm and got the questionable nickname “chick on a stick”.

Analyzing the logo mark and its structure we realized that we cannot simply trace the old logo. We decided to create a completely new one, paying homage to Kerman’s original bird icon. The new logo had to be vibrant, contemporary and cheerful, reflecting the creative and youthful spirit that is so much part of the school. Finally, we wanted the Cinema department, that did not exist when the school first opened, to be reflected in the logo alongside the other four departments.

Five Kingdoms within One School

The Art School, Arison Campus, is known for its alumni and the vibrant community that surrounds it – staff with a tenure of 30 plus years, former students who come back as teachers, and entire families who attend the school for the second generation. One of our takeaways when meeting with members of these different groups was that they are looking for something to symbolize their pride and express it visually.

The new branding language provides a rich color palette, with sub palettes for each department. The different tints of each color express the creative growth kids go through during their studies, starting out as novices and finishing school as fully formed young artists.
The five departments also get their own emblems, derived from the school logo. These emblems are used for branding department-specific events, like concerts, exhibitions and performances. 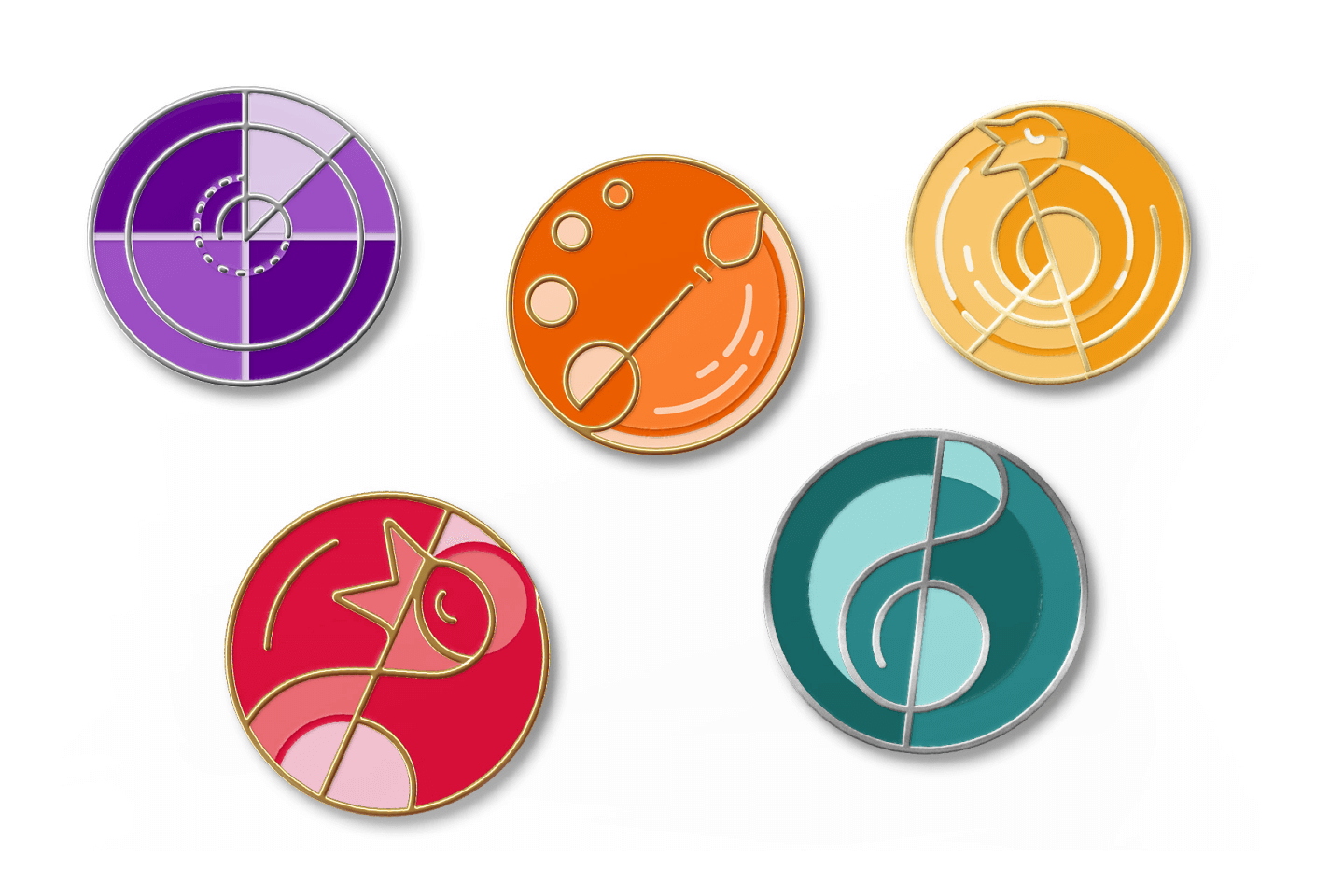 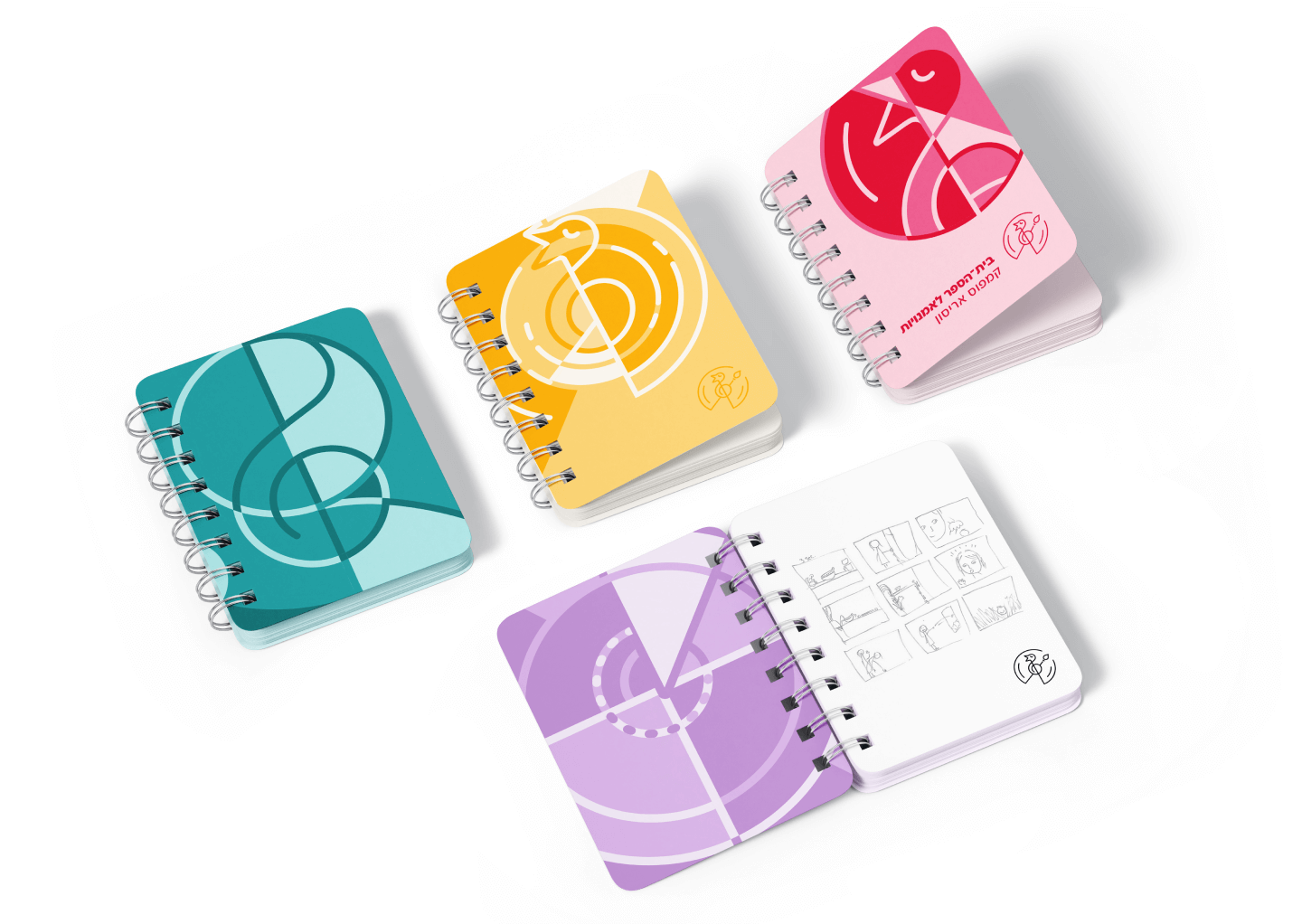 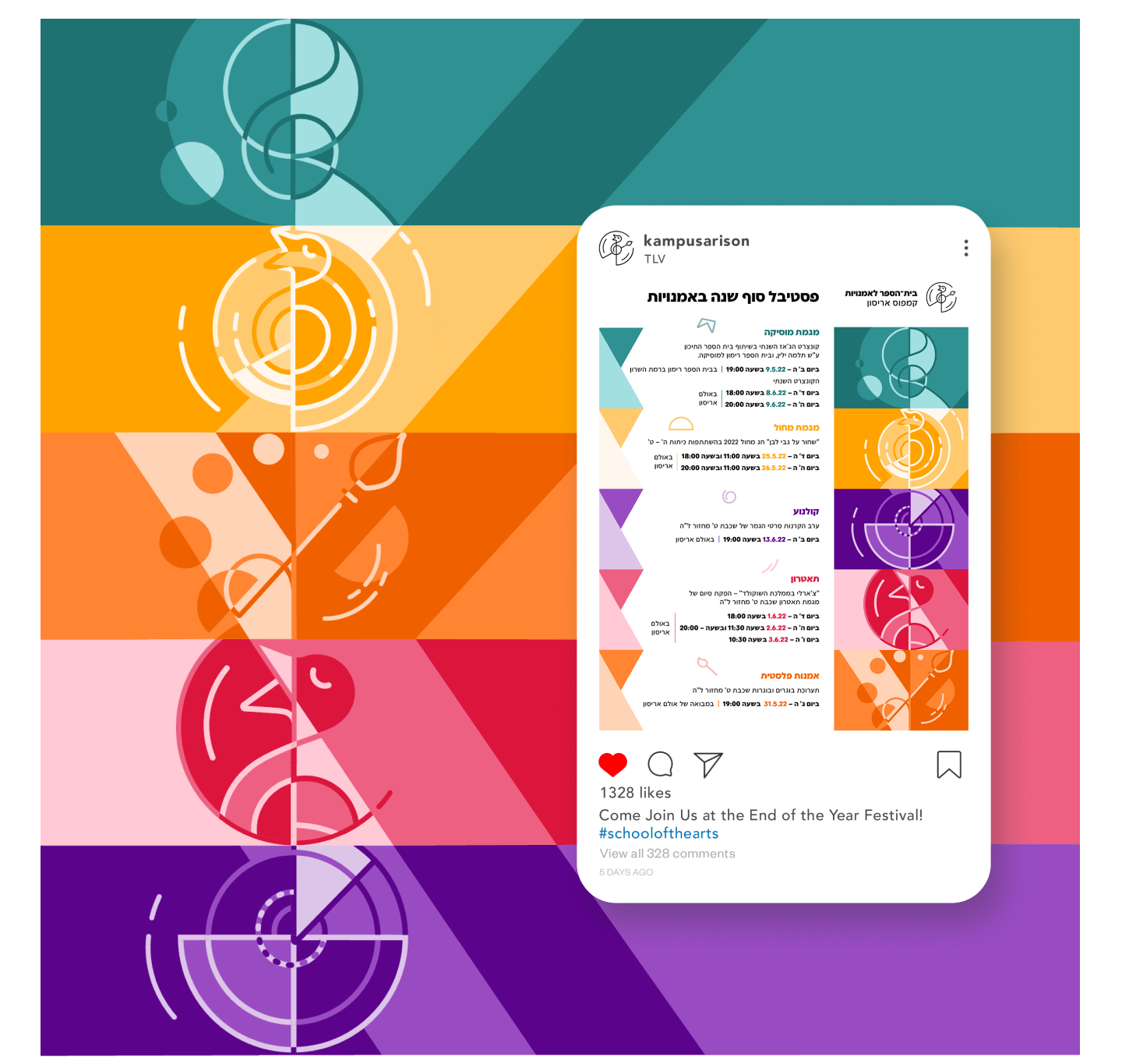 Something for the Kids

By the end of the branding process a fun opportunity presented itself – creating a custom design for the school’s basketball court. In a project sponsored by the city, we decided to feature the school’s new logo as well as the five department icons, in a fun and free-spirited pattern.